Bronze and marble fountain created with artisans Galleni and Di Prato in Pietrasanta. 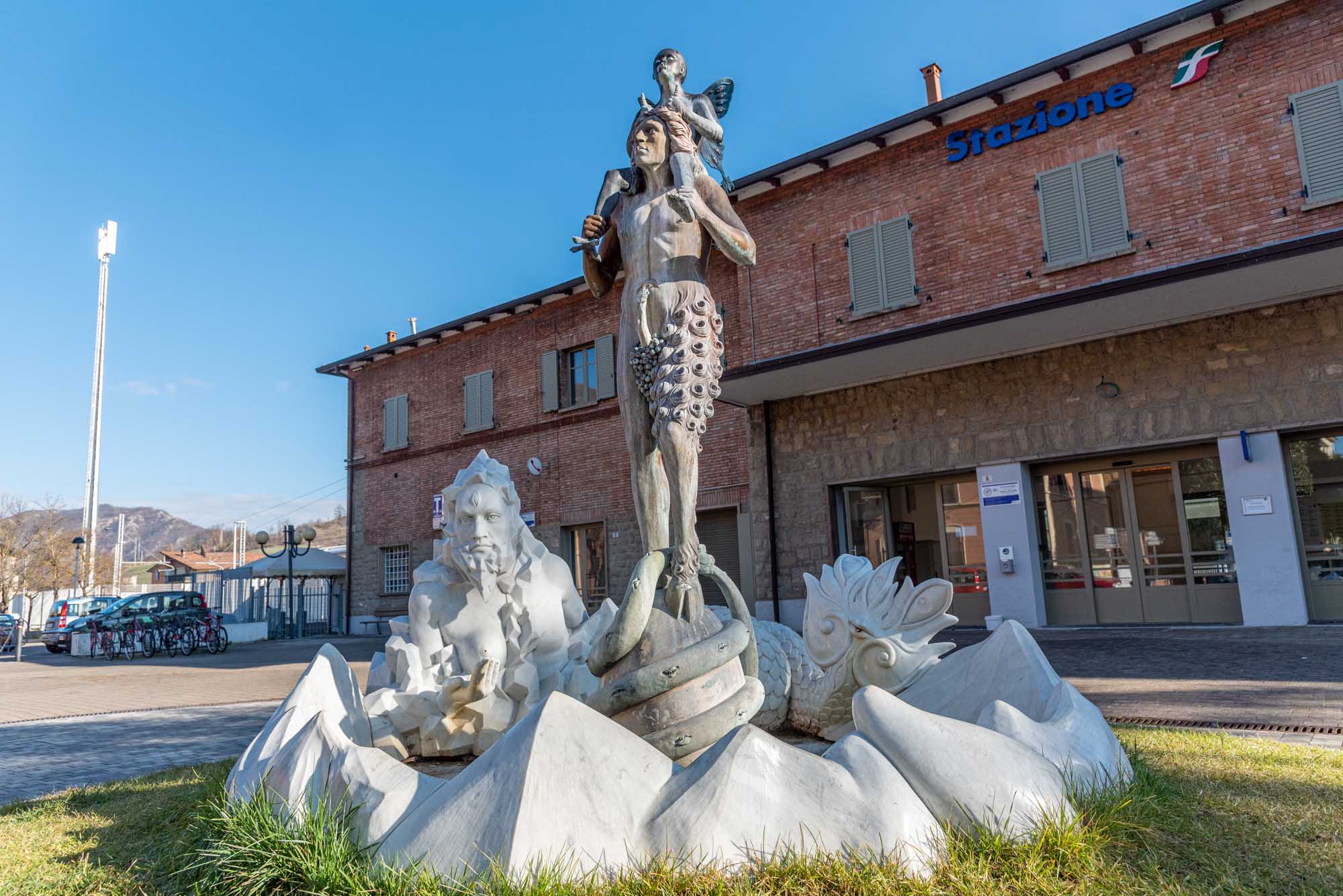 Bronze and marble fountain created with artisans Galleni and Di Prato in Pietrasanta.

Inaugurated on 7 April 2019, this monumental bronze and marble statue rises on the plaza in front of the Vergato train station. Using a complex weave of mythological figures and classical allegorical allusions, it not only represents key elements in the local geography, but also an intriguing combination of the artist’s typical iconography and symbolism.

The fountain itself actually has two structural sections: the central bronze part and the surrounding marble elements. The bronze statue is an anthropomorphic faun embellished with an ithyphallic alder branch (Alnus), with a bunch of grapes, from which water gushes, symbolising the local Reno river. This faun stands on a gilded egg, recalling the fabulous Montovolo mountain, which is an Etruscan burial site where the graves are egg-shaped. It is also where the artist was born and a defining feature in the local landscape. The egg in the statue is embraced by a spiral ouroboros snake, with spouting mouths. On the faun’s shoulders sits Cupid, the Genius of the Love Art, symbolising the Vergatello stream. The surrounding marble sculpture from which a majestic Triton or merman rises is another reference to the Apennines. Here, the sculpture develops upwards from the base of the circular basin to define, using the merman’s angular body, the contour of the mountain chain, while also alluding to futurist stylistic elements. 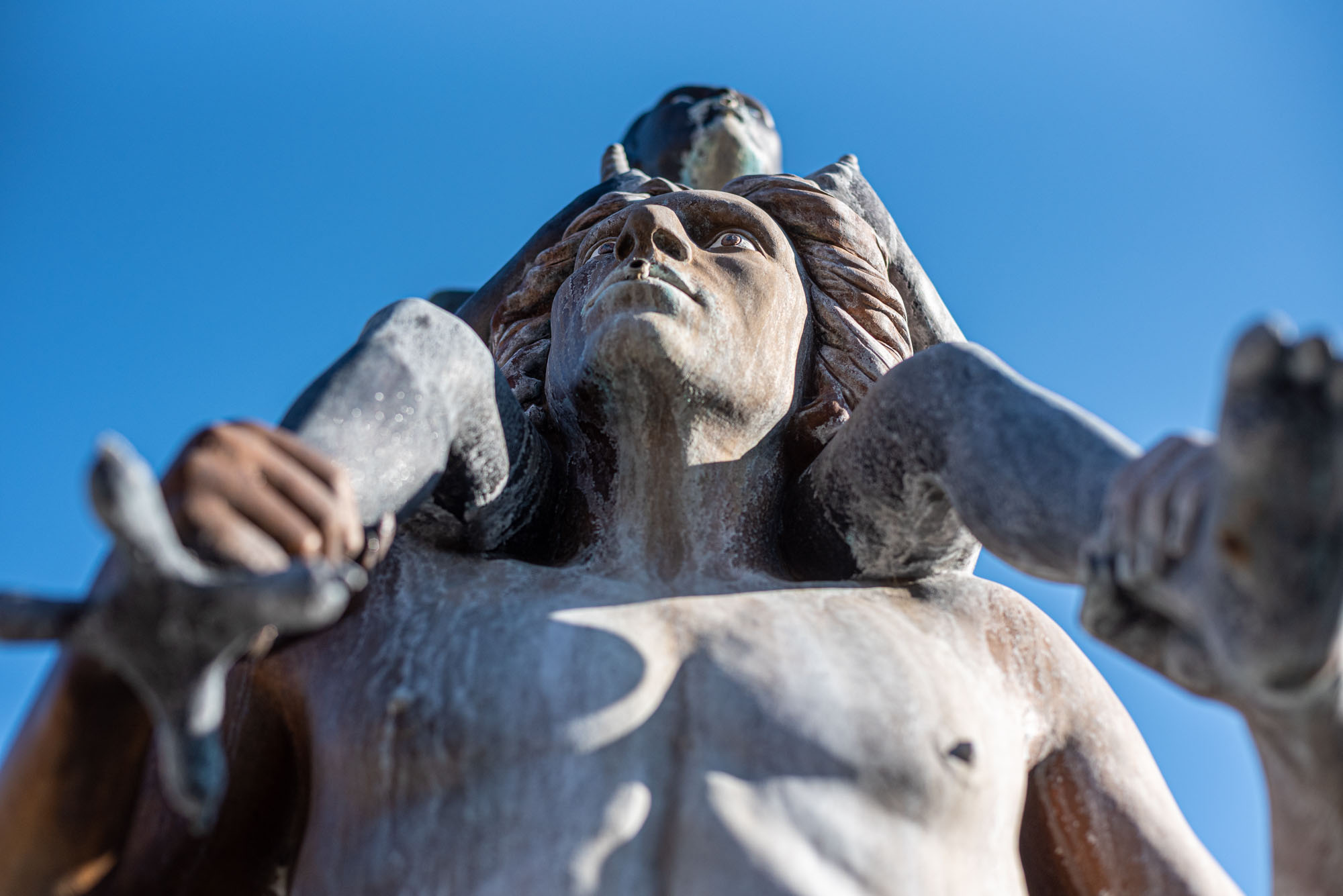 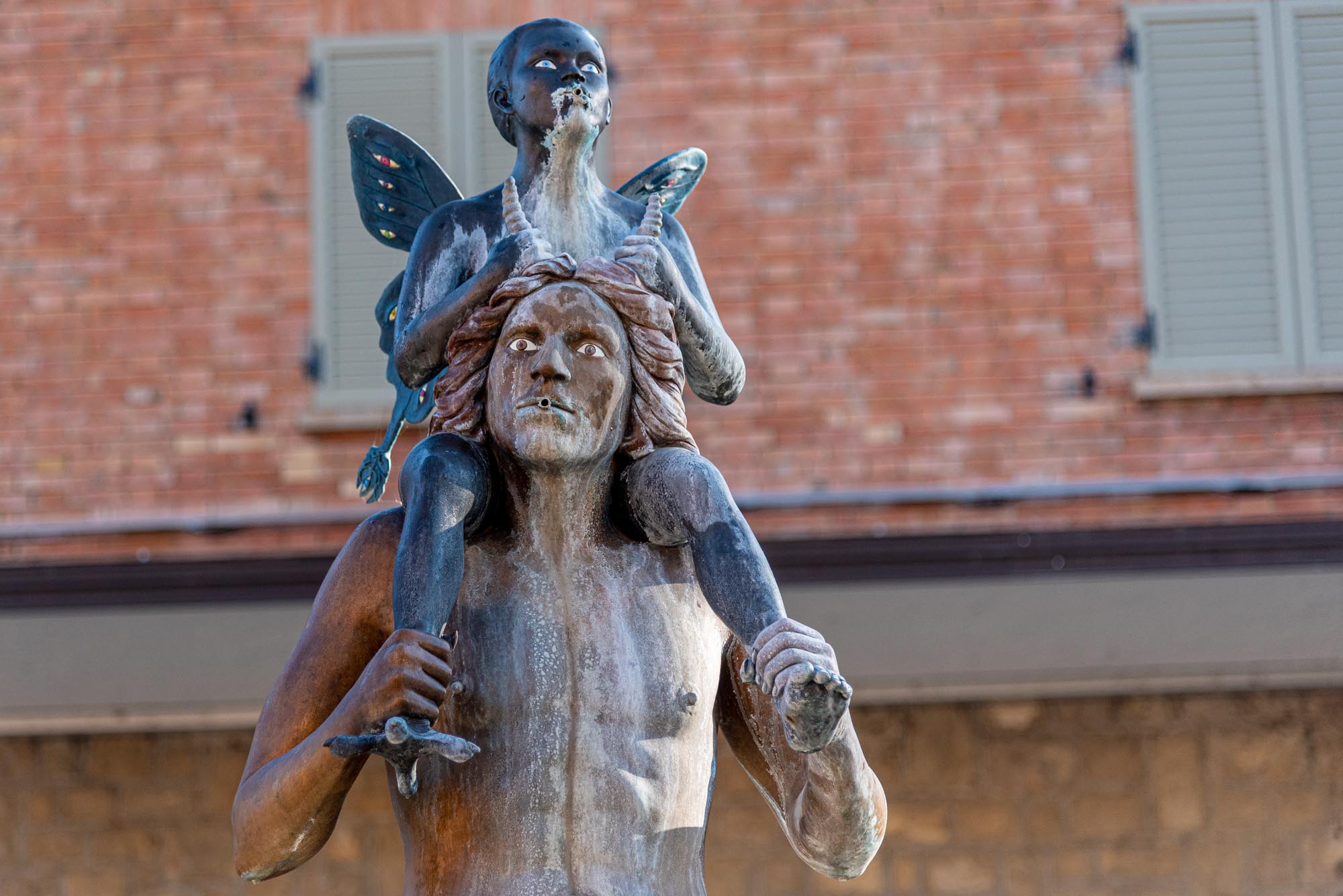 The work itself is rich in aspects often found in Ontani’s work. Take, for example, the use of eyes and alder leaves (alder is ontano in Italian), as well as the references to dualism and hybridisation, two themes of particular importance to the artist. The use of eyes is common in his work, depicting the “third eye” or “the eye of omniscience”. The theme of dualism is found in the faun, part man part goat, in the merman, part man part fish, and finally in Cupid, the baby with angelic wings. 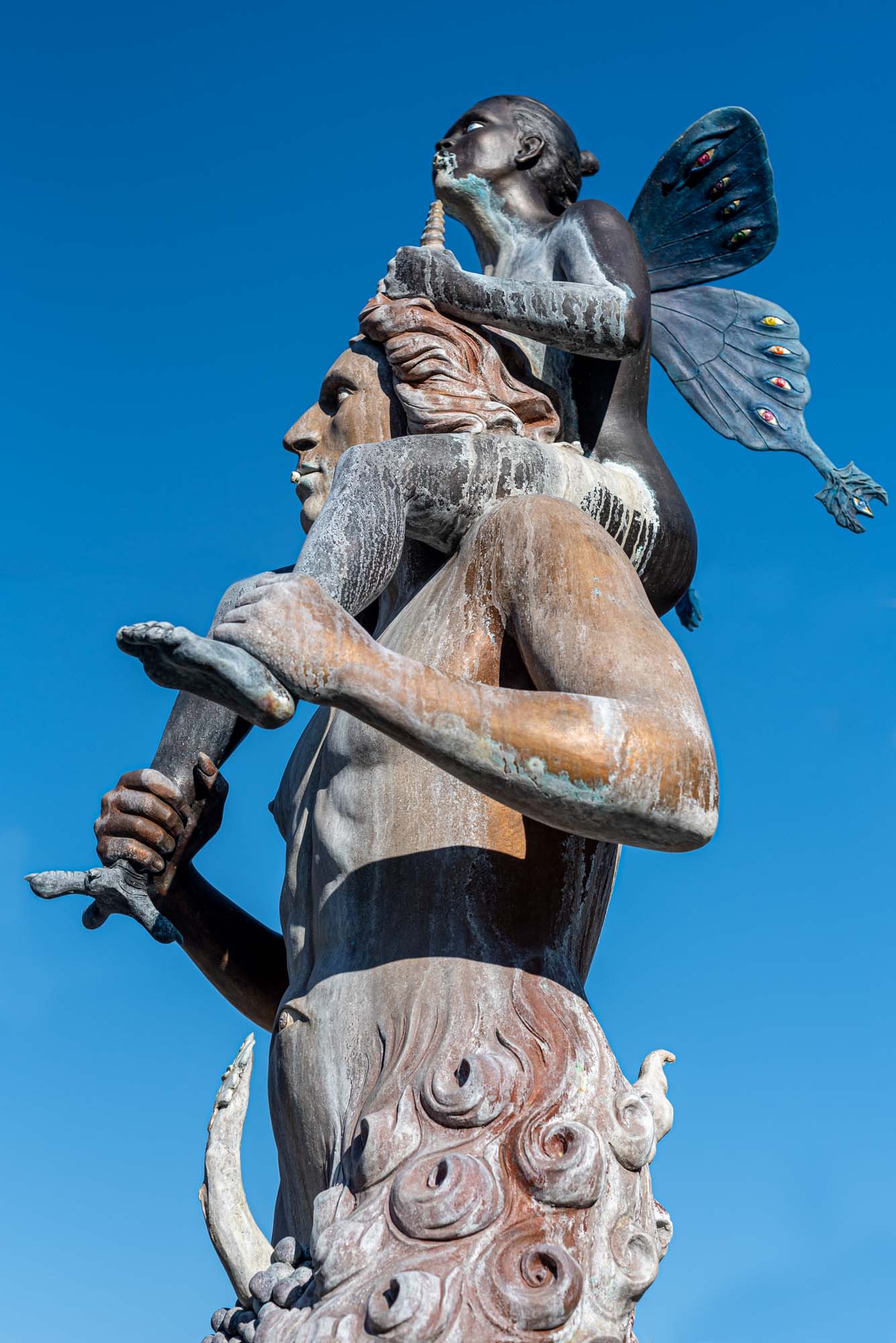 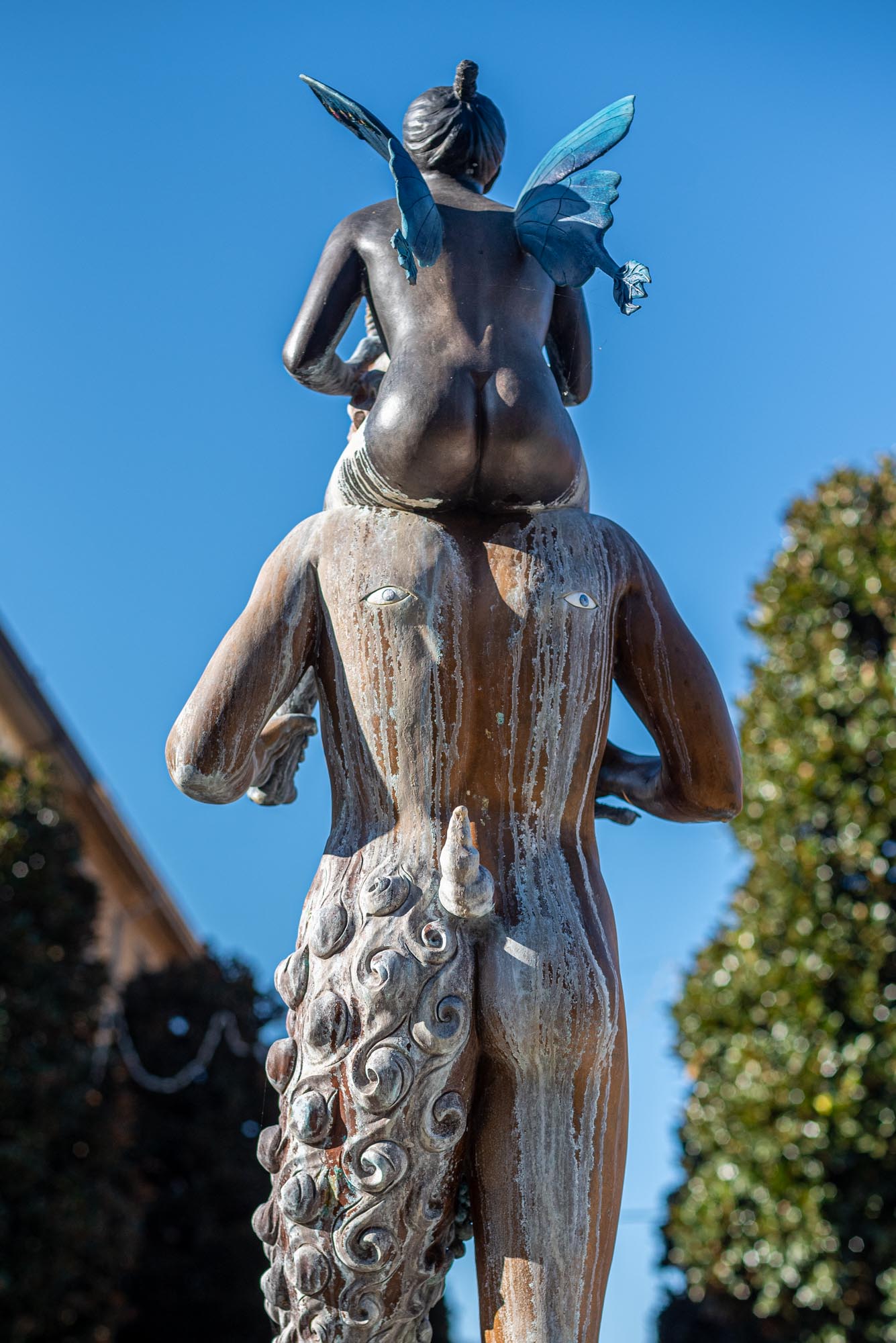 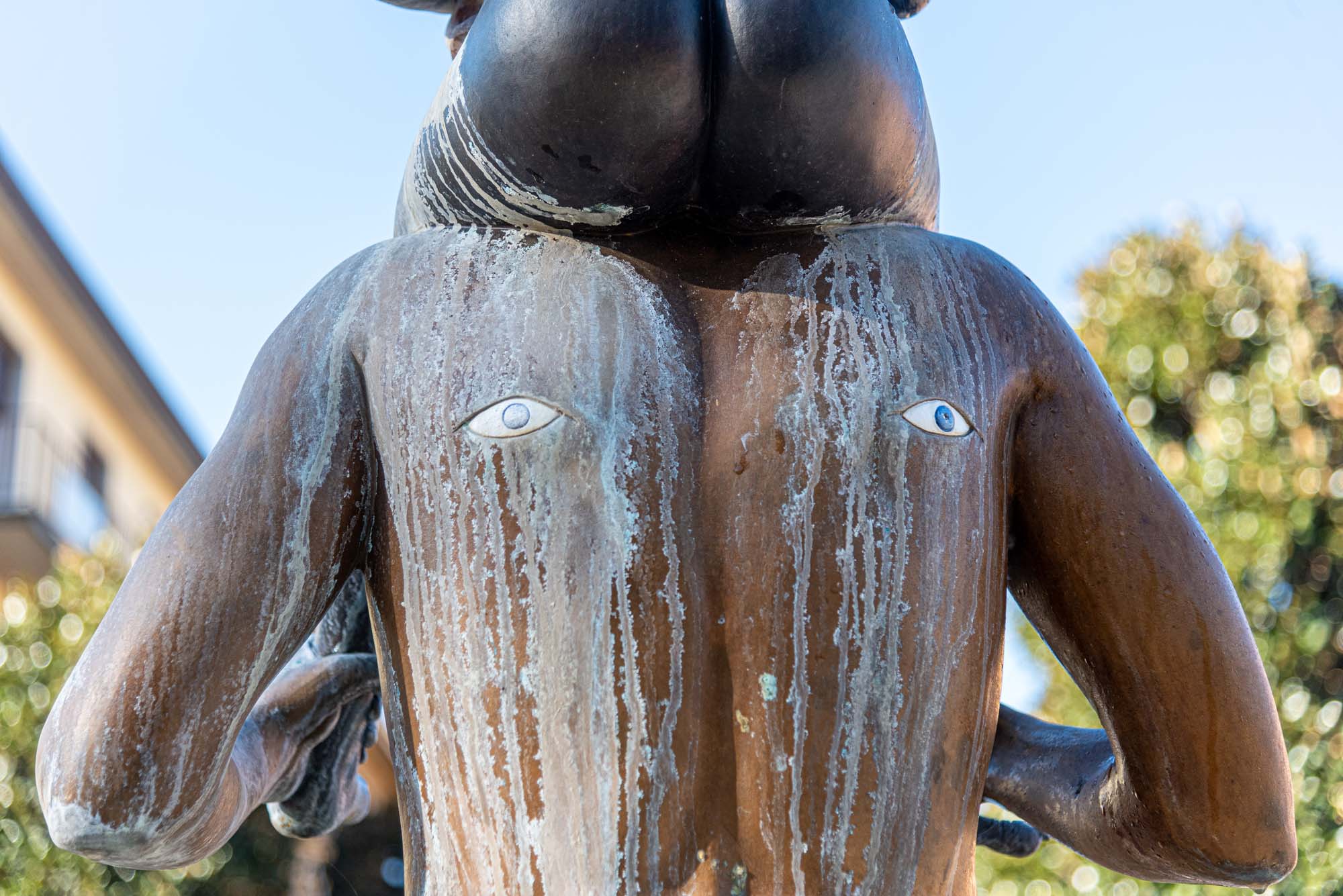 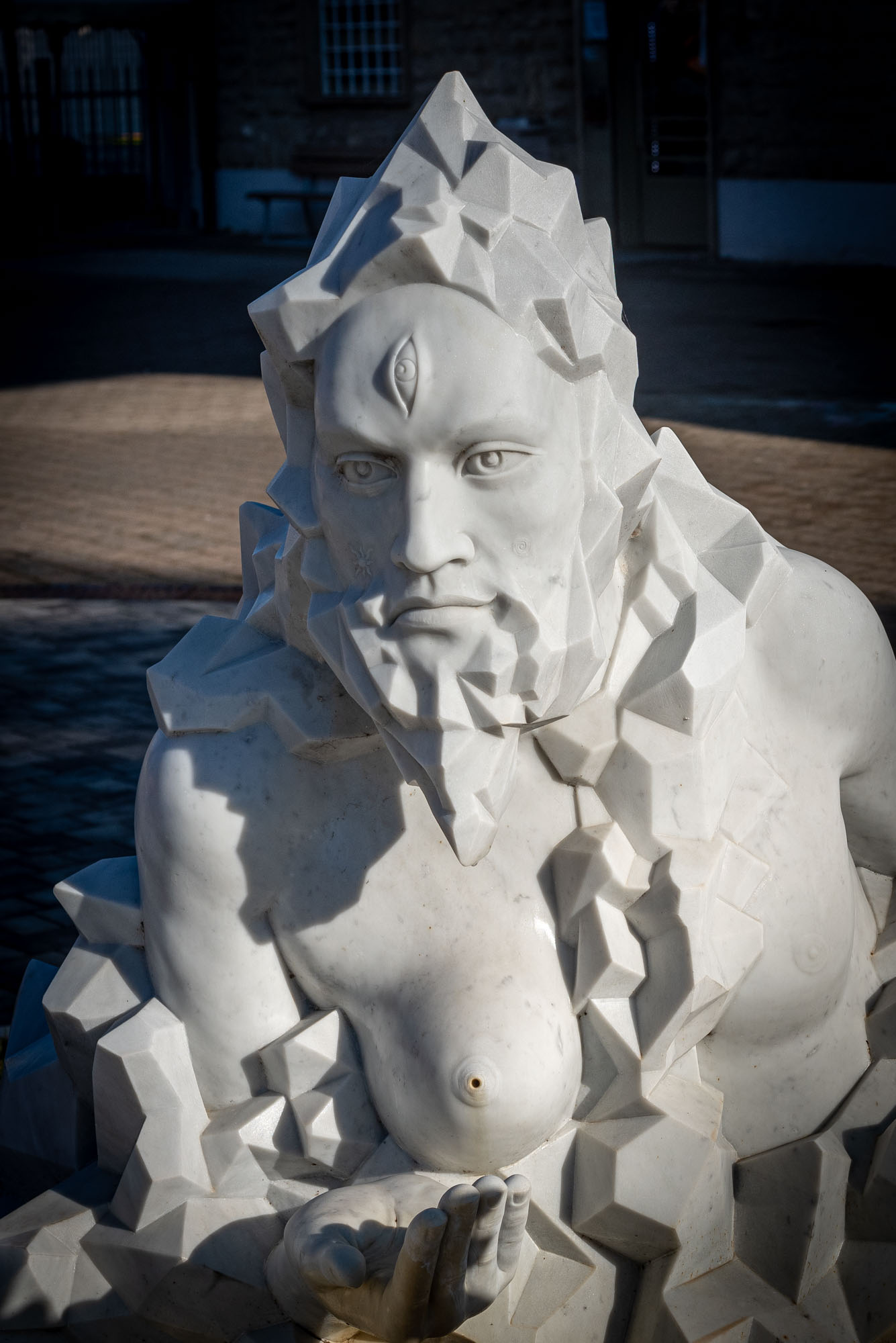 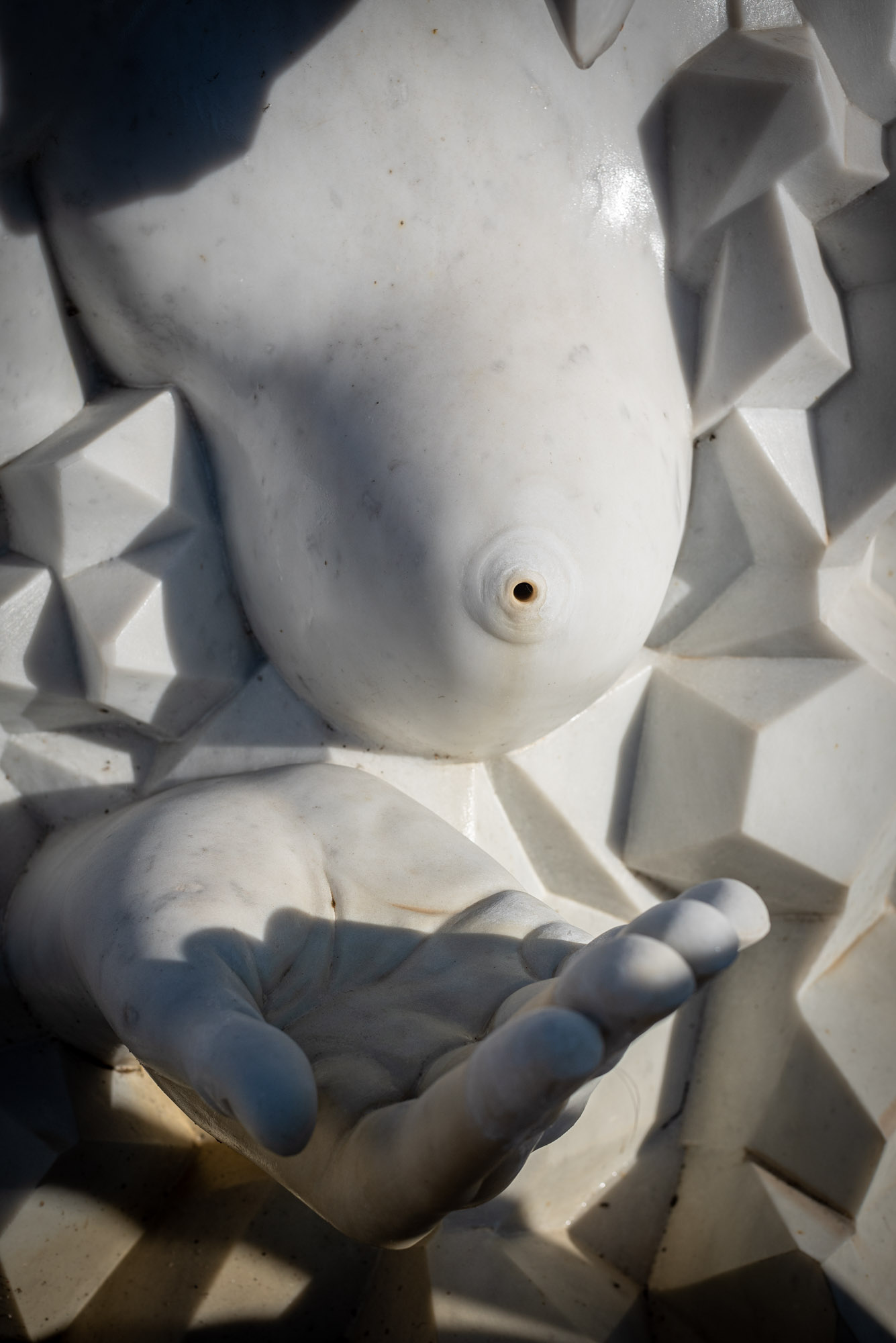 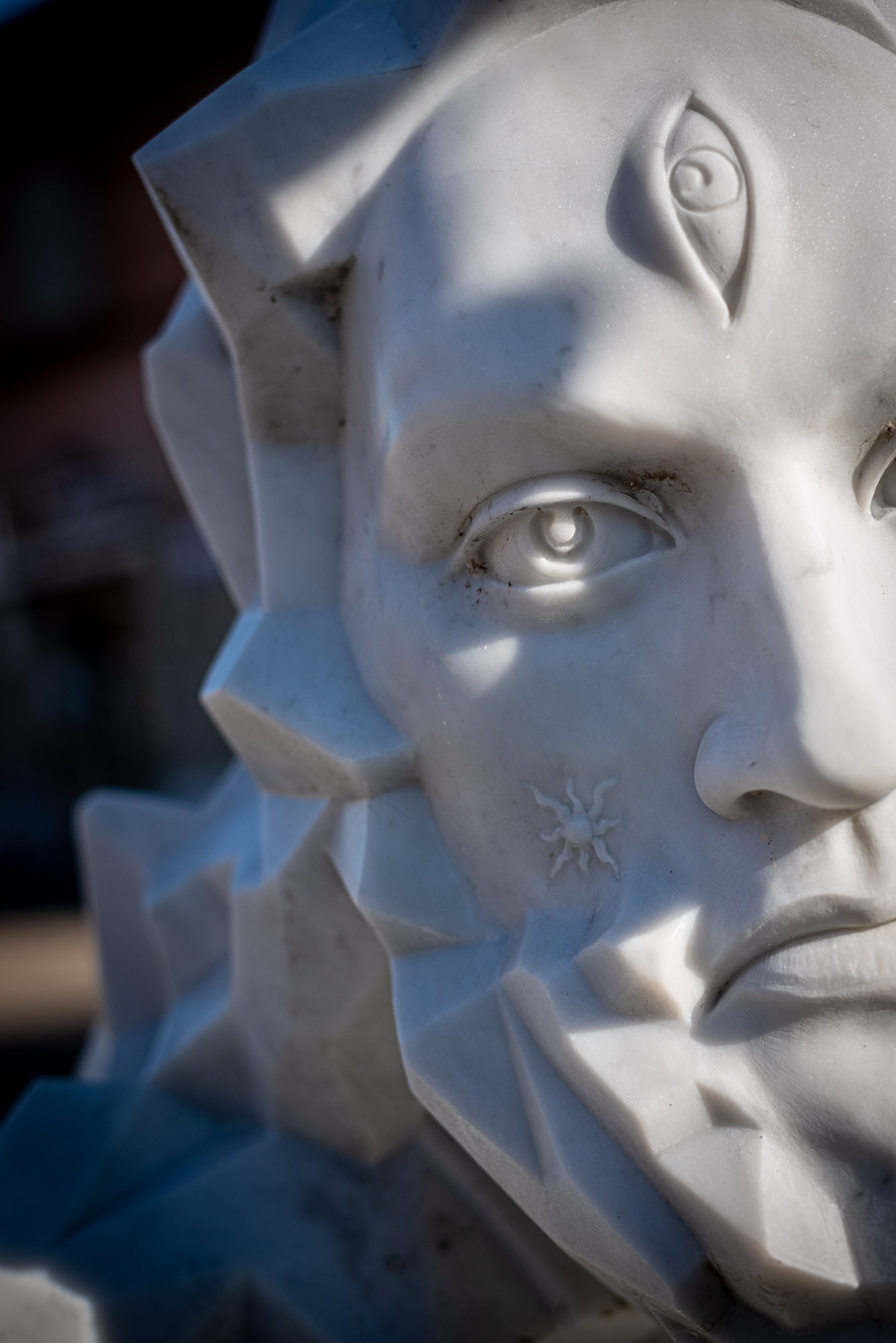 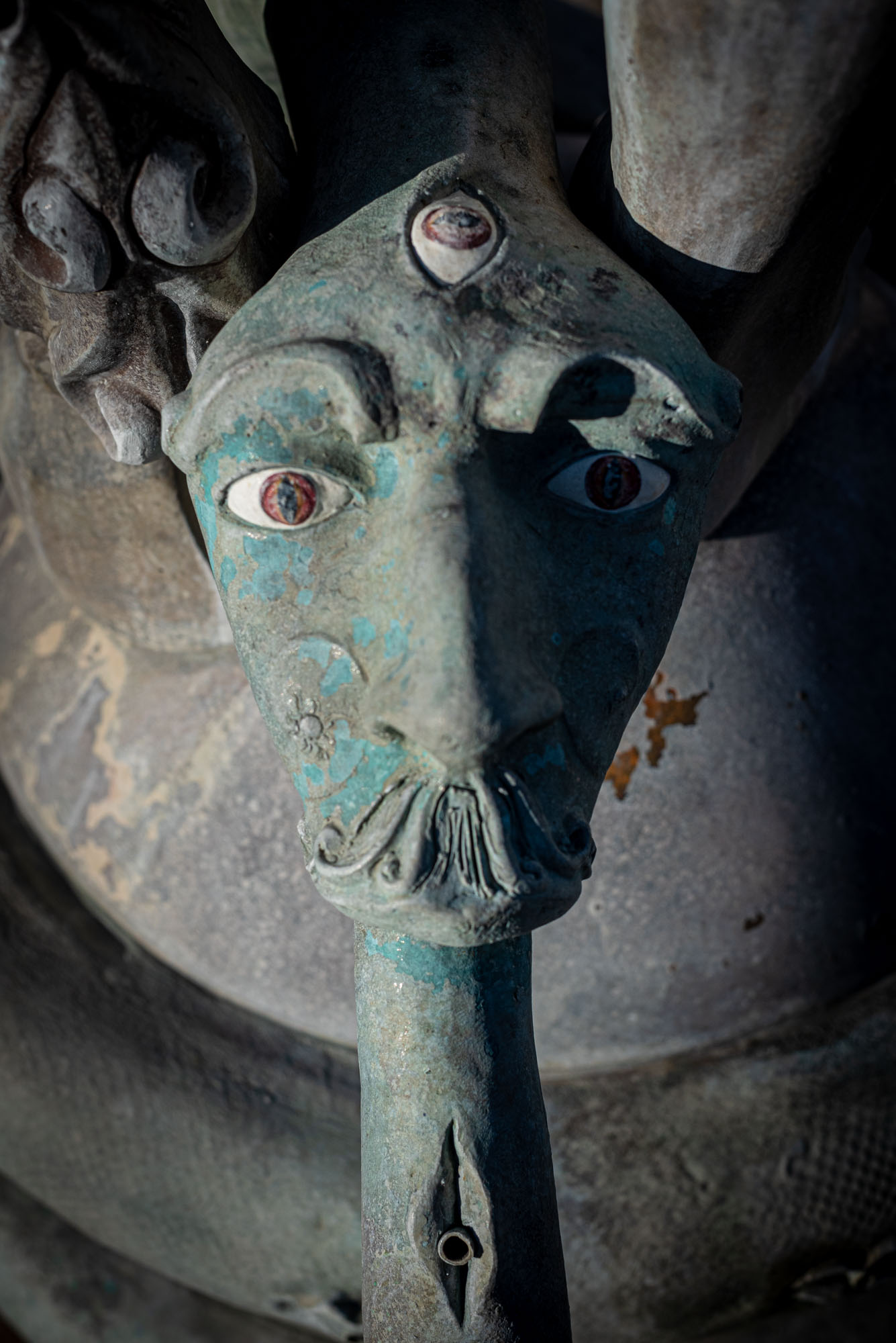 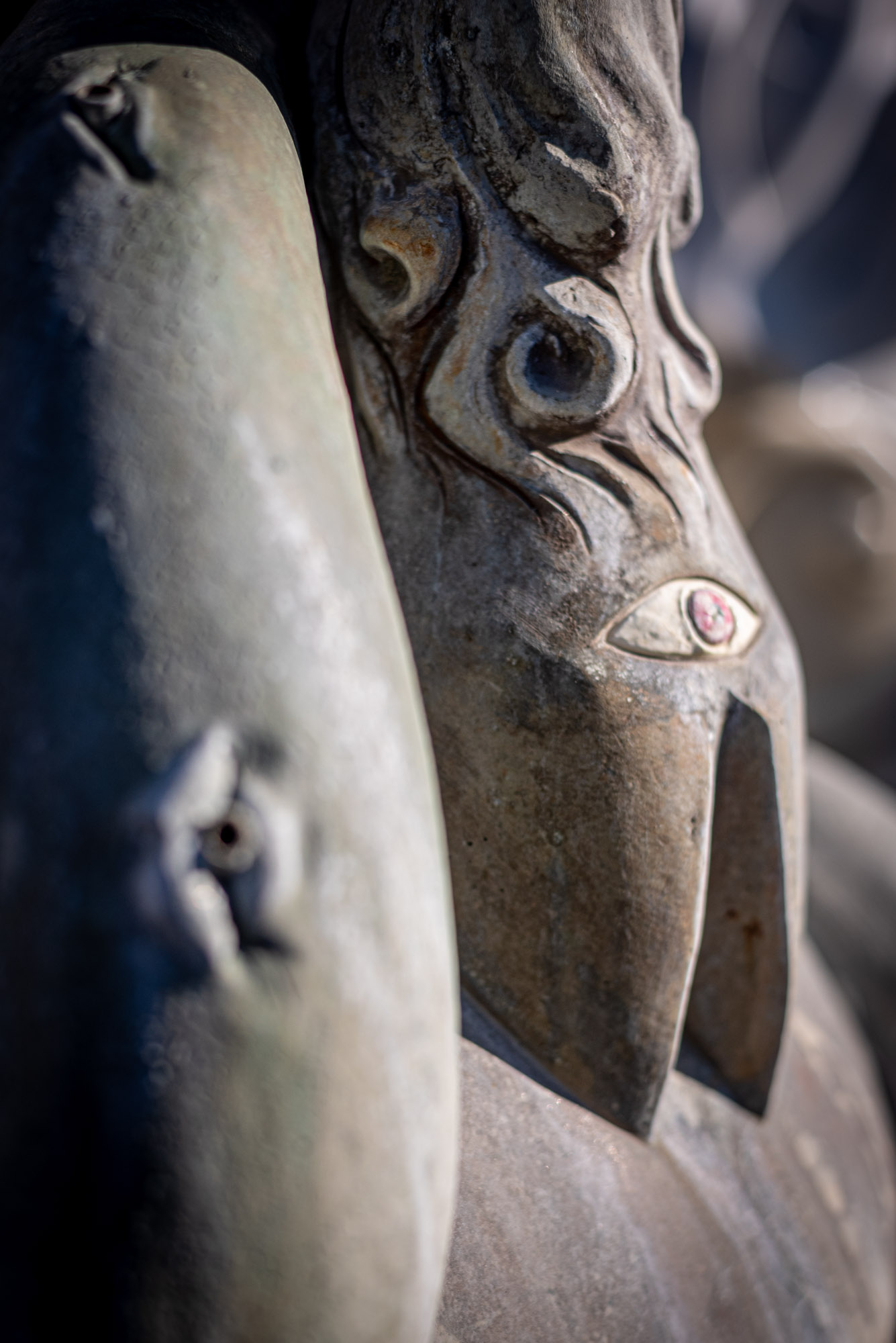 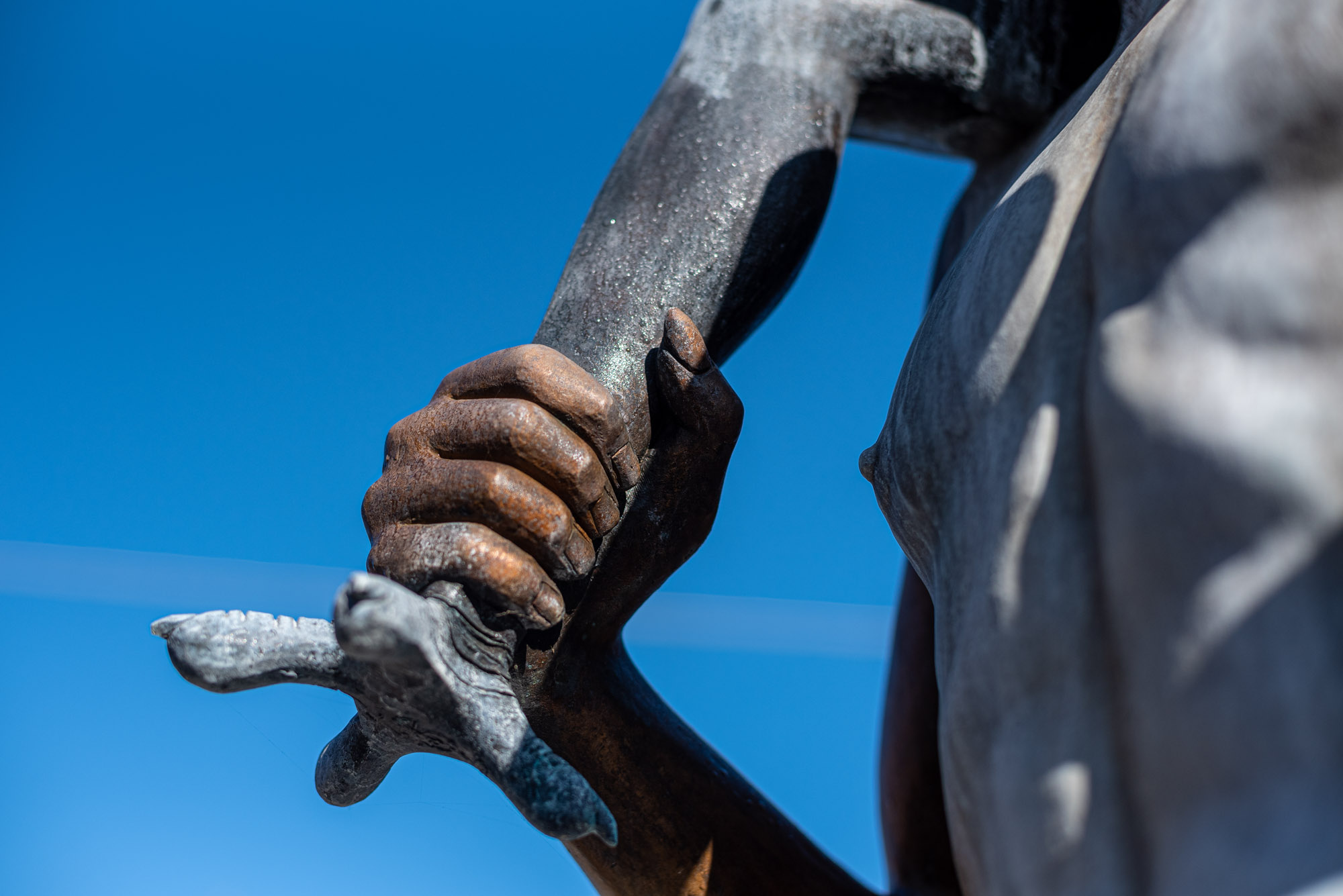 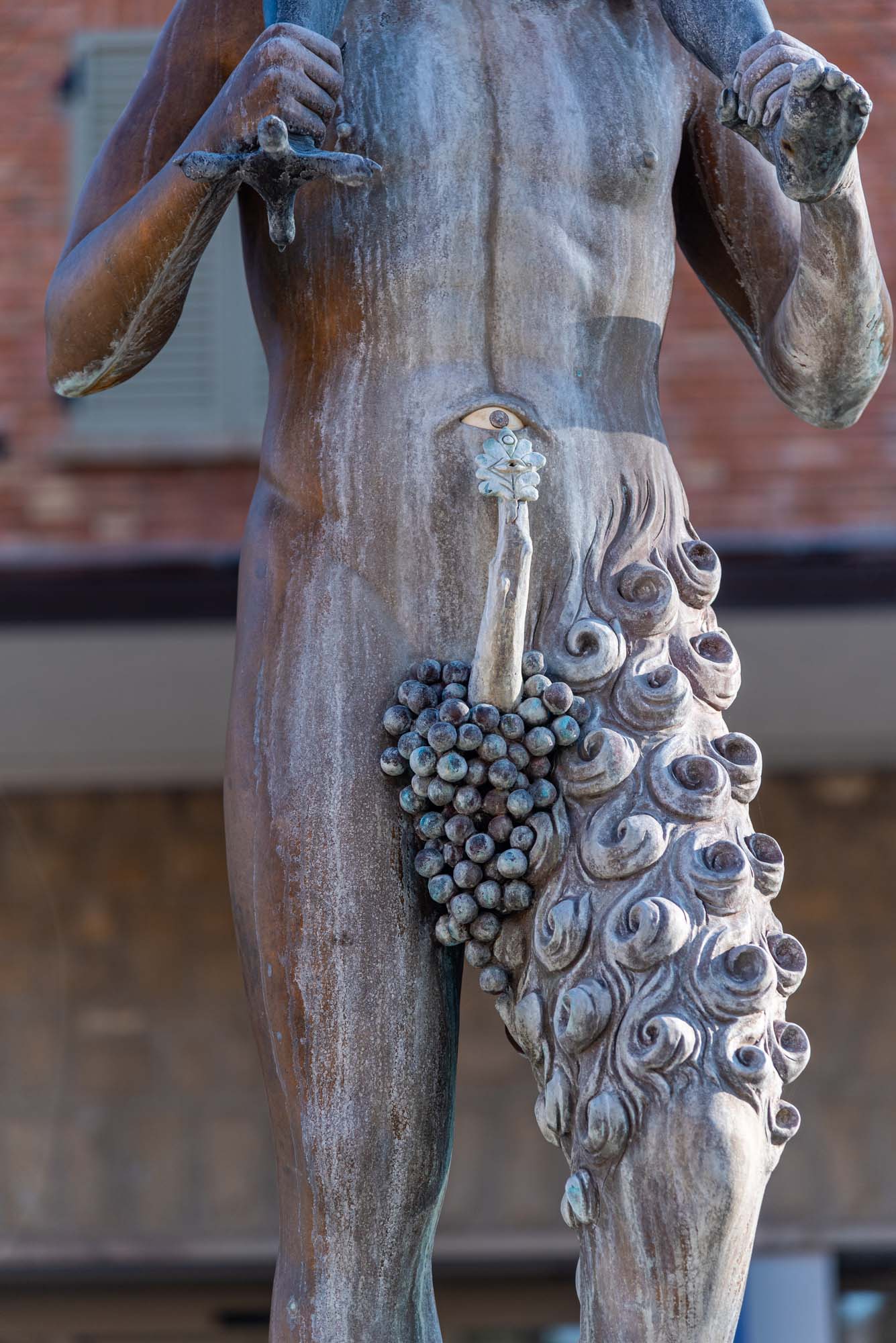 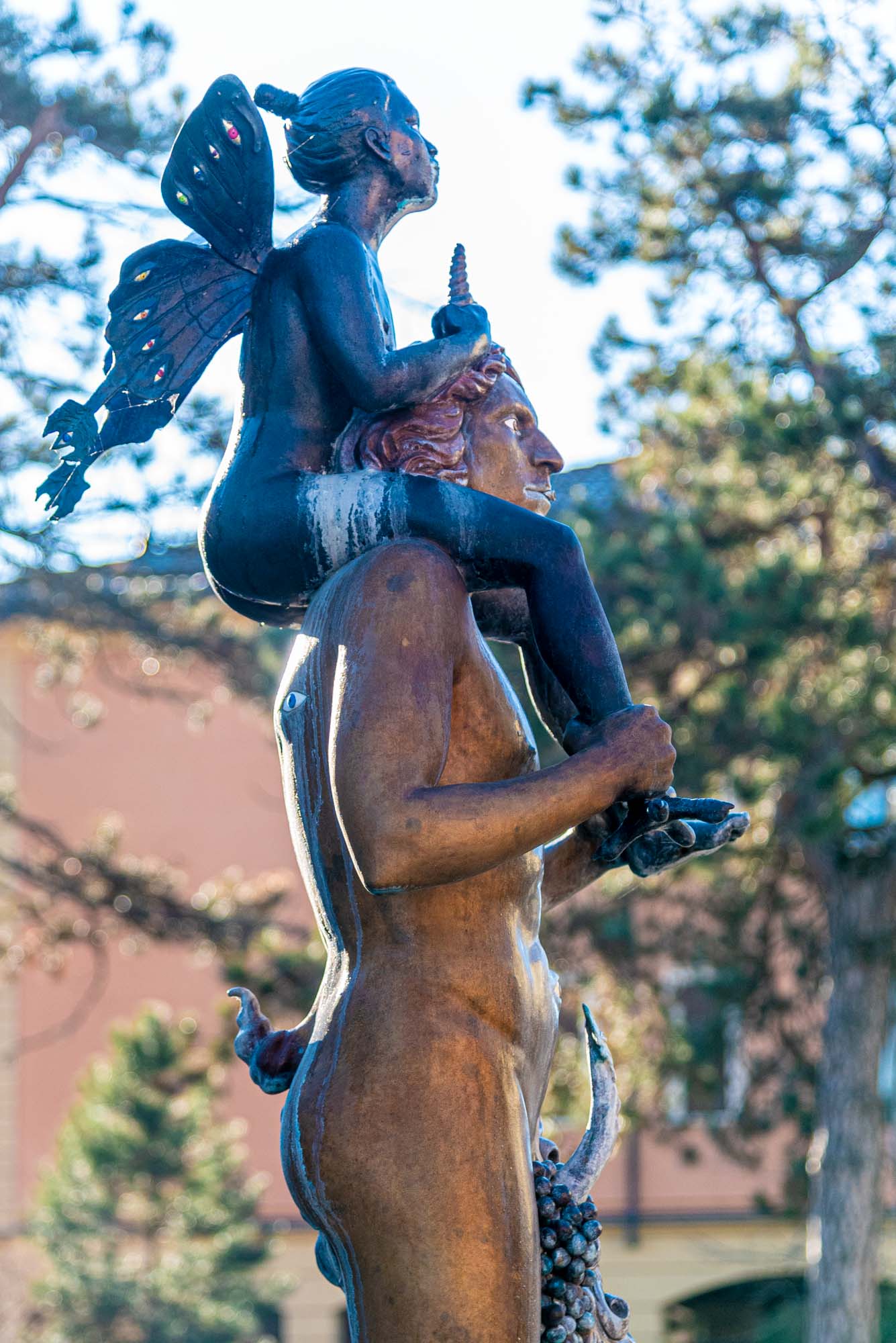