Bronze statue – Created in cooperation with the sculpture moulder Prof. Beragnoli of Pistoia and the Venturi sisters, owners of a foundry in Bologna 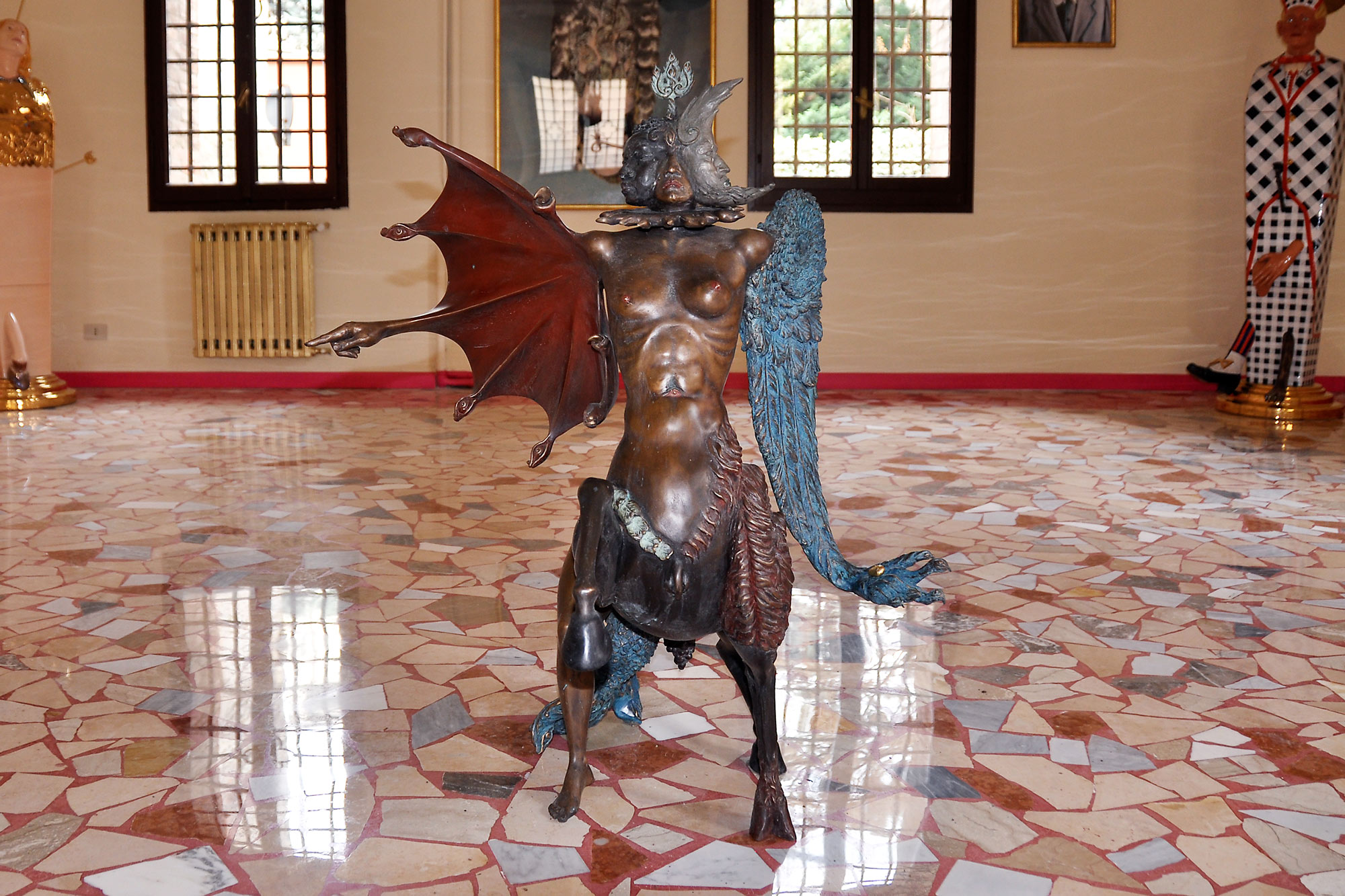 Bronze statue – Created in cooperation with the sculpture moulder Prof. Beragnoli of Pistoia and the Venturi sisters, owners of a foundry in Bologna

This bronze work was on display in Bologna’s Museum of Modern Art (MAMbo), a symbol to be enlarged and placed outside, on the original tower. The title says a lot about this work, suggesting the idea of a giant (gigante) with three races (razze), three ages (età), three ethnic groups (etnie) and seven limbs (arti).

The face is a reference to the three ages, namely youth, adulthood, and old age. The three ethnic groups are African, Western and Eastern. The three races are human, animal, and divine. The details are one of the most interesting aspects, highlighting the dualism in every life – male and female, sun and moon, good and evil, day and night. Intriguingly, one can see a human foot and centaur hooves, elements of a faun and a merman, suggestions of earth, fire, water, and air. 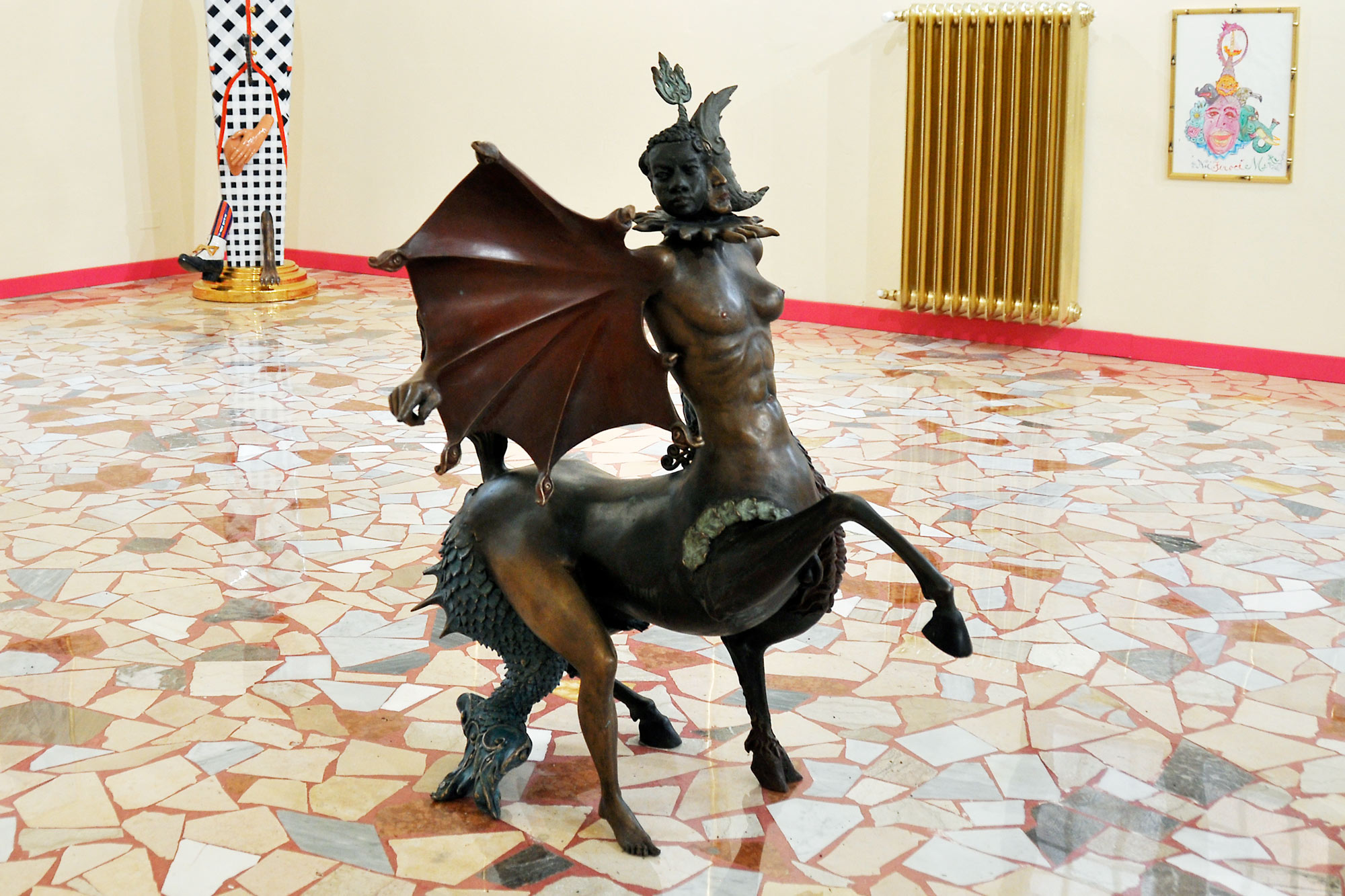 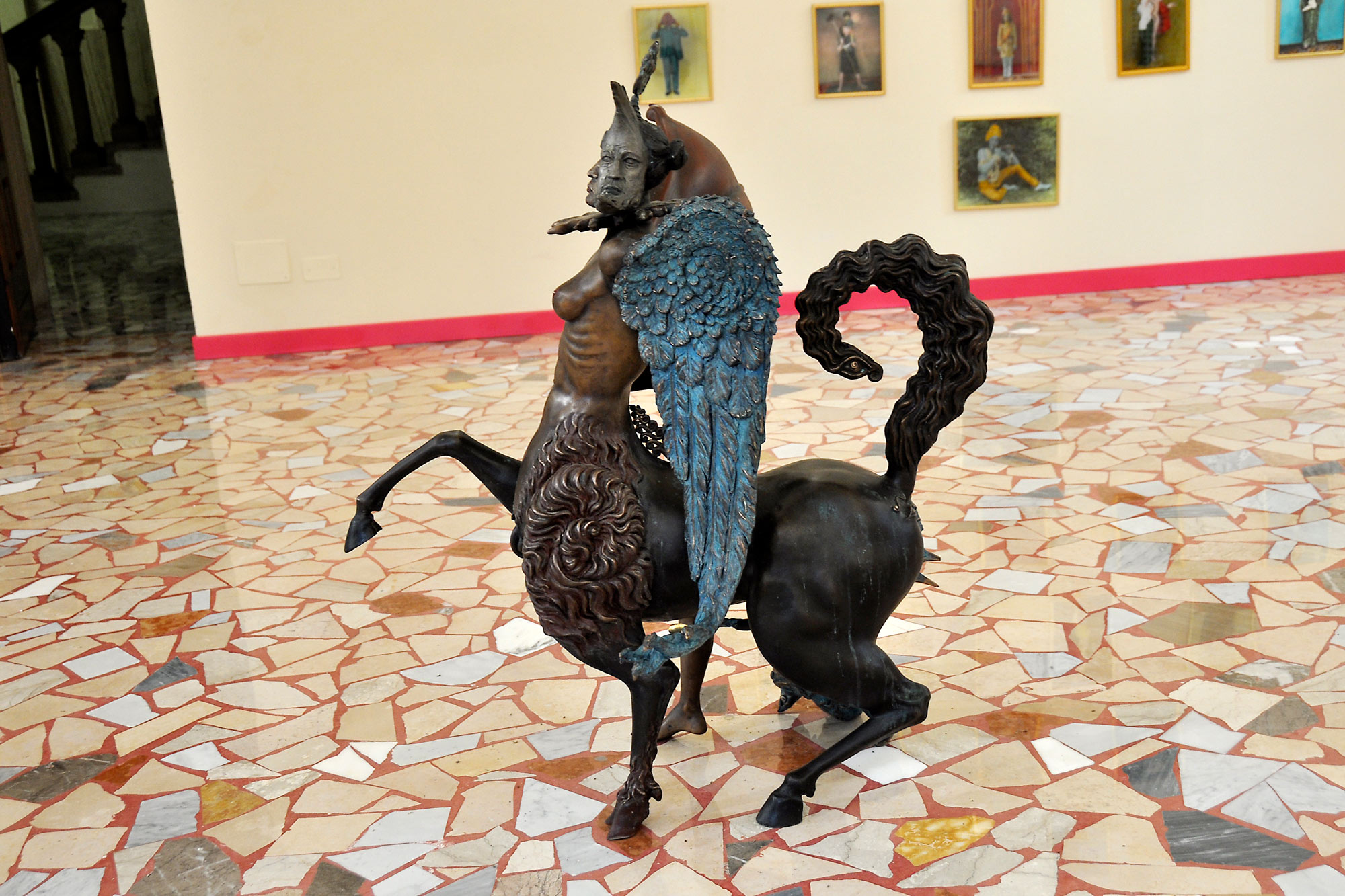 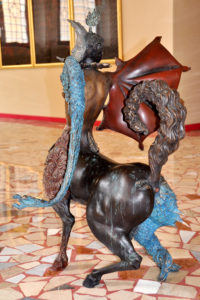 The truly unique aspect of this work is how open the artist leaves it to the observer’s interpretation. For example, looking at the wings, one might think one is a bat and the other is a bird, which must be an emblematic representation of the contrast between day and night. But it could also be the wing of a demon, and of an angel, which takes one into the realm of the good and evil dualism.