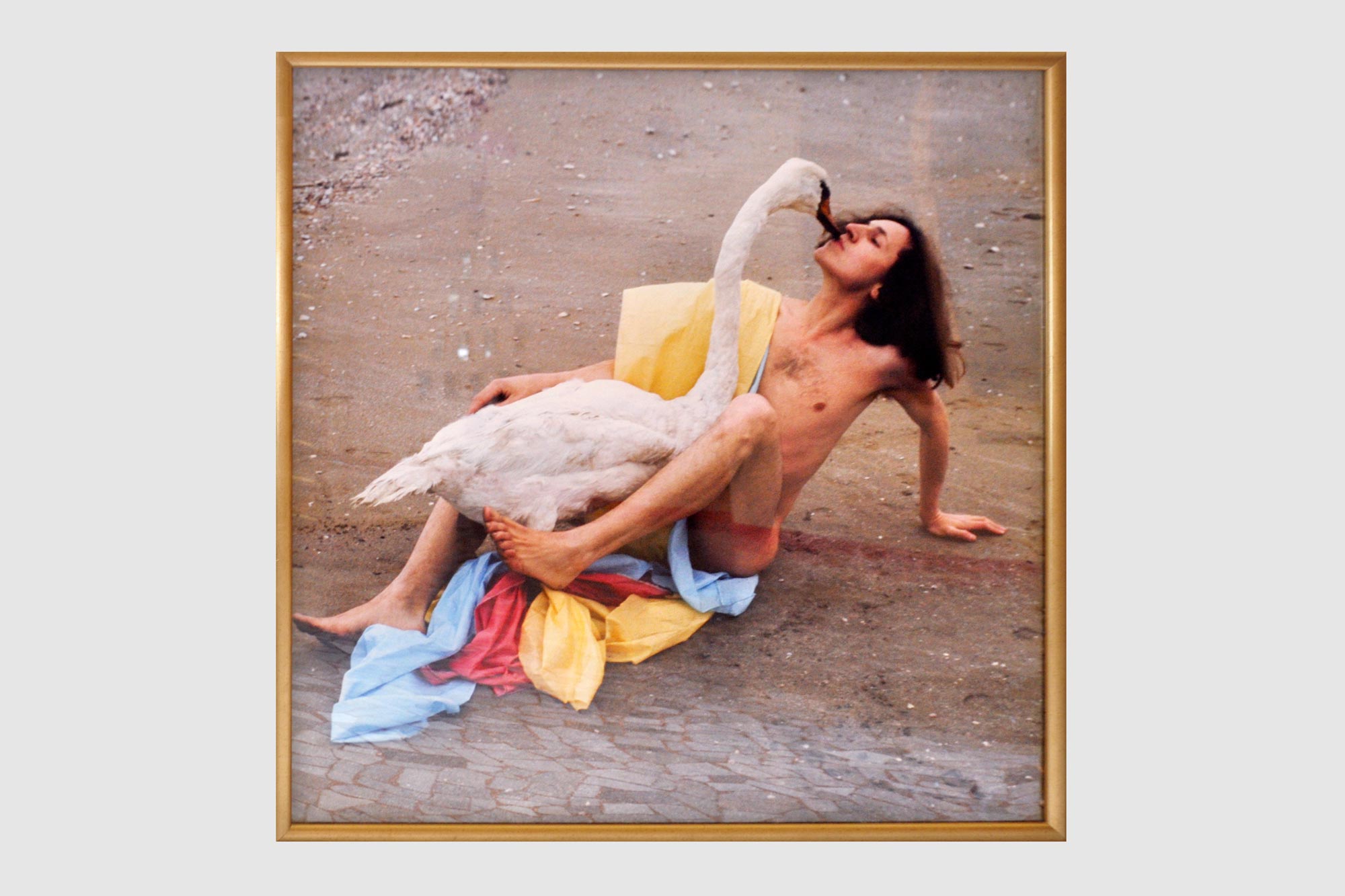 This tableau vivant (living picture) was created on the beach in Ravenna and the artist becomes Leda, Queen of Sparta. Greek mythology includes the account of how Zeus, in the guise of a swan (the title is literally Leda and the Swan), came to Leda, resulting in the birth of twins: Castor and Pollux, the Dioscuri.

In the photograph, which captures an almost ethereal immobility, with three colours of drapes metaphorically embracing the body, one sees in the man feminine (red drape) and masculine attributes (sky blue drape), and the union (yellow drape) that will give birth to an androgynous being, that is, the original symbol of divine perfection in European mythology.