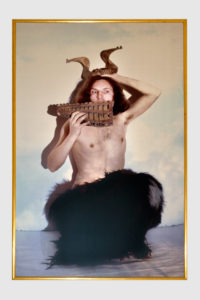 In the religion of ancient Greece, Pan was a god, but not an Olympian god, who resembled a satyr and was linked to nature and forests. He was generally regarded as the son of the god Hermes and the wood nymph Dryope. Fauns too were identified with Pan, or with the satyrs. The word Pan comes from the Greek paein, meaning “to graze” and Pan was the god of shepherds, the countryside, woods, and pastures.

In Roman times, Pan is transformed and becomes associated with a re-call to a universal nature. During Christian and pre-modern ages, the image of the “horned” god arises once again through a slow process of cultural fusion between folklore and mythology. Pan became the symbol of neo-pagan religions and the adhesive joining the ancient and modern worlds (Priapusesque).
The work can be seen as an artistic transgression by the artist. The artistic performance is defined by the particular use of colour in a post-photographic stage. Adopting such a technique makes the space in which the subject exists immaterial and distanced from the eye of the viewer. The theme of combining different cultures and the constant return to the past, which becomes cyclic, are fundamental aspects in the artist’s work. 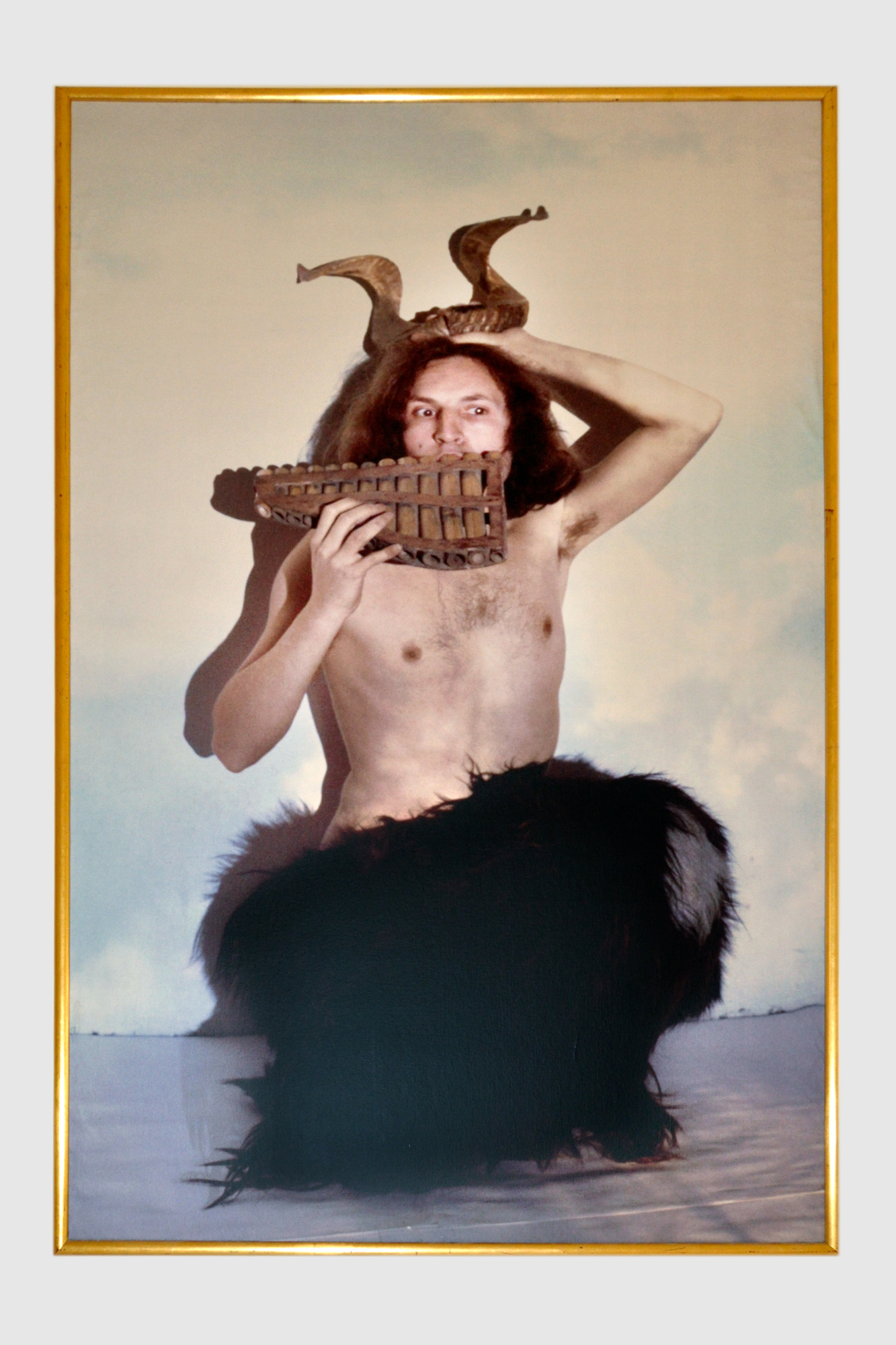