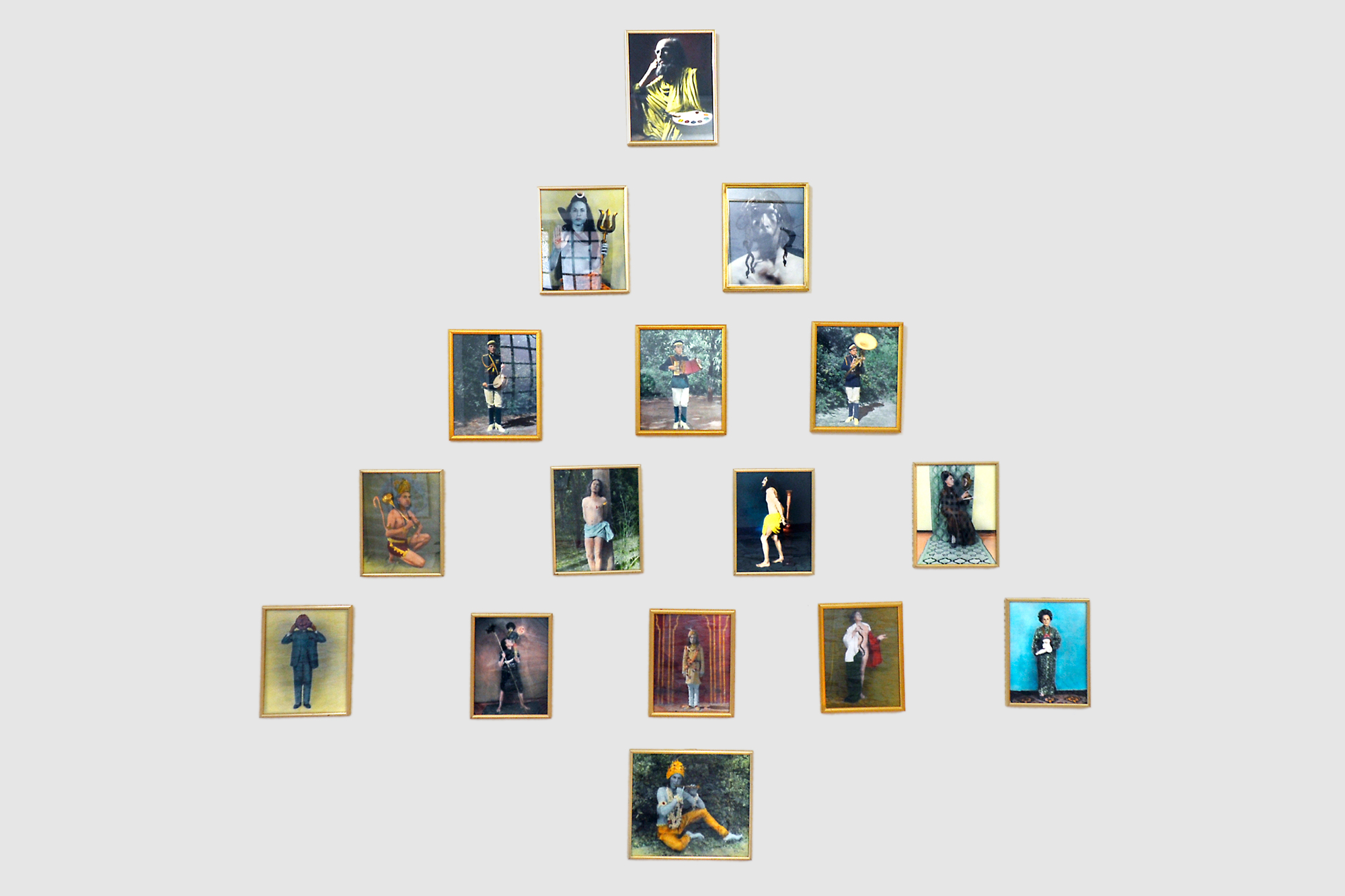 At the beginning of the 1970s, the artist’s fascination with the Orient drew him to India for the first time. During this trip, he created a series of images printed in black and white, with sepia tone, and watercoloured. He used an old technique, at the origins of photography, and worked with Indian photographers in different locations.

The temporal and cultural distance, which seems to separate the different themes in this work, is erased by the artist. He takes us into the inward-looking, metaphysical space of his performance as a tableau vivant.

The idea of merging different themes in a single work of art should not elicit surprise. Luigi Ontani reconstructs, through educated quotes, an environment where he traps those who seek classic logic in art. Through this, he blends Guercino’s classic Christian art with a representation of a Hindu religious vision of Hanuman, the Vedic God. Right next to the folkloristic triptych of the Indian band is the MadeUSA photograph, a mysterious literary and artistic play on ideas and words. It was conceived and performed for an exhibition in the USA. He plays with Dante’s figure in his PeacockDante, PeDante (Pedantic) mask.

Ontani identifies with the images in this picture gallery, albeit ritualising the stillness of photographic poses: St. Luke the Painter, St. Sebastian, St. Christopher, Krishna, Hanuman, Shiva with the living cobra (this is a performance), MadeUSA as Medusa, PeDante with the mask and the band. Ironical citations and excitation. A merry-go-round in the world of legend.
The artist does not plan his use of imaginative language, which is full of creativity and “ArteVita” (Artlife), assessing its impact as provocative and transgressive, but with disregard and regard. As a consequence, he experiences scandals that might be predictable but never deliberate, in the sphere of de-culture, continuing to glide and think: “VivArte”.